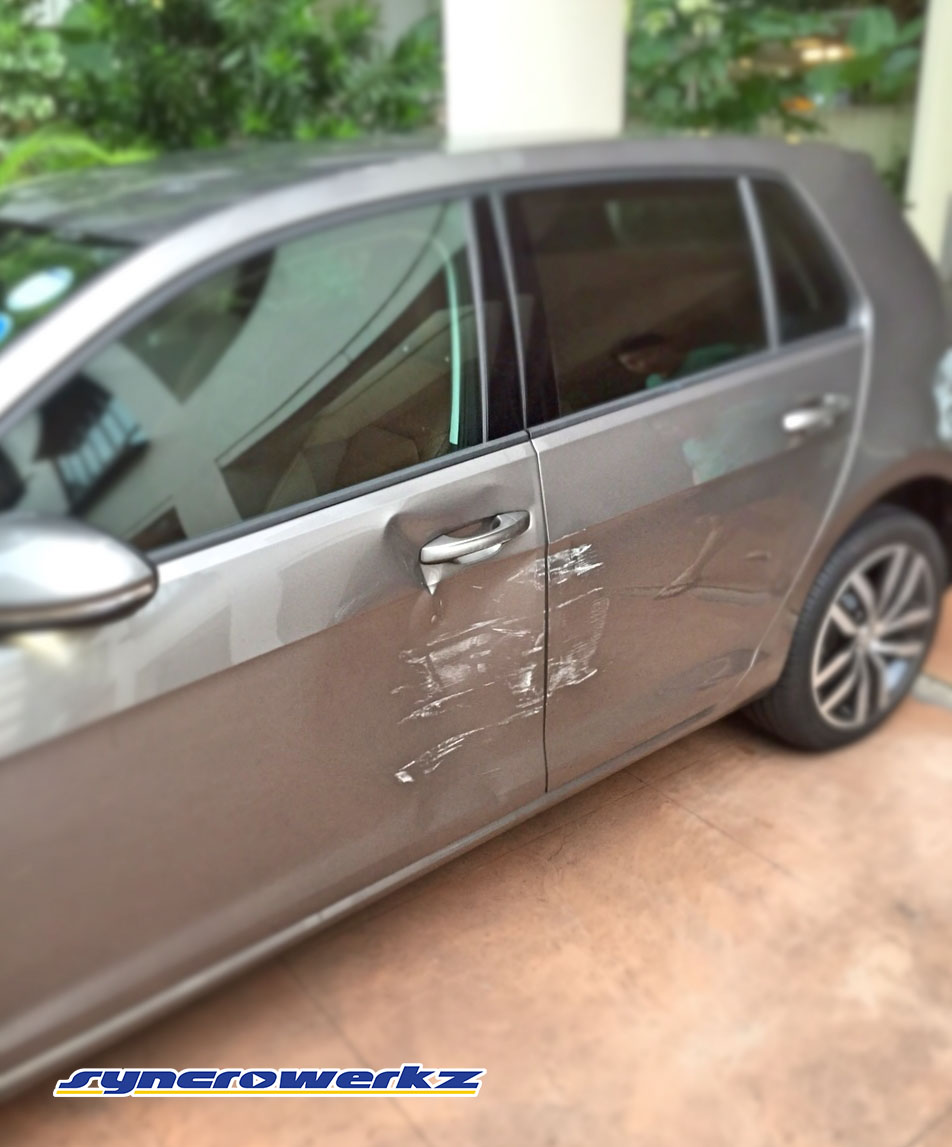 Do you have a scratch or a dent you’ld like to get rid of? Look no further than us as we can fix this for you hassle-free

A dent/scratch or even a smash is never good on your daily car, much less a good looking example of the Volkswagen Golf Mk7 that you own.

How do you get rid of this? When the owner rocked up with his Golf, we found that the dent looked a lot worse than what it was and quickly buffed the scratches off the paintwork. The doors were still functional but it just didn’t look good in his eyes – That, we could understand why.

We wish we would remember to take the “After” shots so we’ld have something to show but we were too eager to let the Golf back into the owners arms after the repair.

What started as an estimated dent pull & repair turned out to be a replacement for the front passenger door. Thankfully the rear door could be repaired and so they were worked on and ultimately, the doors looked like they were direct from factory.

Our Paintwork Partners are very highly skilled and are people we trust to handle Lamborghinis, Ferraris, Porsches amongst other exclusive marques. Thankfully, work done is chargeable at a reasonable rate for the quality given.

As such, this Golf went home happy – Yes, so did the owner & his wife.

HOW IMPORTANT IS AN OIL CHANGE?

A Well-Braking Lexus is a Good Lexus

Chat with us thru WhatsApp!